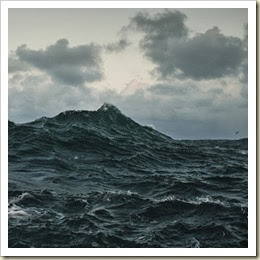 This song is sort of my flavor of this week, so it’s dangerous to try to rank it, but I’m addicted to this last song on an album that keeps growing on me. Awash with synth strings, “Varsity” motors forward, underpinned by some fantastic guitar work and hopeful vocals.

Their messy breakup tainted the album, but songs like “Eavesdrop” remind us why the band will be missed. “Eavesdrop” is full of the signature tension and drama that defined their sound, and possibly contributed to their demise. Let’s hope they straighten things out, because there no better male-female vocal combo in music that John Paul White and Amy Williams.

Cold War Kids’ revival album rushes to the start with the opening track “Miracle Mile”, but it’s soul is in “Water & Power”. Reverb and soft piano grow into an imploring song. “Are you willing? Are you brave?” they ask.

If angst and longing are what you’re after, “Mt. Washington” brings it in spades. For a band once clapping over songs about “sun hands”, Local Natives sure learned how to bring the heartache to their songs quick. “Mt. Washington” builds to a cathartic finish, and never has a line like “I don’t have to see you right now” hurt so much.

I don’t think we’re ever getting the KoL I used to adore back in the day, but each album is full of nice little reminders. On their newest effort, “Supersoaker” is the reminder at how good these guys can be at that gritty Southern rock they brought to the mainstream. I was singing “I don’t mind sentimental girls at times” for weeks.

Two albums now for The Head and the Heart, and I’ve simultaneously dislike them both while loving one single track. Last time around it was “Down in the Valley”, and this time it’s the wonderful “Another Story”, pounding along with a percussive piano and an infectious melody.

If you’re like me you love driving alone at night listening to a great song on the open road. With “Forty Five”, Bootstraps must have set out to make the absolute perfect night driving song. Forward moving, pensive, and breathy, “Forty Five” needs to be listened to behind the wheel to fully enjoy.

(No preview available. According to their facebook, they just got signed and their songs will be up soon. When they become available again, check them out.)

On an album full of sweeping drama, the highest high of London Grammar’s stellar debut is the climax of “Sights”, when the song builds and builds to an incredible moment around the 2:30 mark.

On an album full of greatness, “Demons” stands out. Berninger’s signature baritone starts on its lowest end, tying the song into emotional knots before letting it all unravel.

I can’t resist two Volcano Choir songs on this list, because “Alaskans” has grown and grown on me. A simple song, the track is nary more than an acoustic guitar and Vernon’s vocals echoing. Vernon’s always used the falsetto in Bon Iver, but here he perfectly balances his natural vocals with the trademark falsetto perfectly.