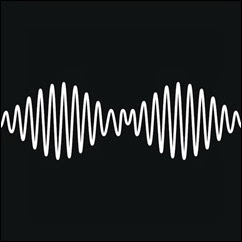 When it comes to soaring, string-drenched, dramatic, ridiculous, belt-it-at-the-top-of-your-lungs fun, Biffy Clyro have shown that the best over-the-top rock ballads come from this little known Scottish band. First with “Many of Horror” and now with “Biblical”, Biffy Clyro have done it again.

Lana Del Rey’s emergence was perfectly timed for Baz Luhrmann’s “The Great Gatsby”, and the movie’s best scene sat atop the throwback sultry vocals and drama of Del Rey’s “Young & Beautiful”. The song stands on its own, but placed over the glitz, glamour, and emptiness of the film, it soared.

“Wake Up” may always be the song people recognize from The Arcade Fire, but “Reflektor” might just be their greatest triumph. Spanning over seven and half minutes, “Reflektor” has just about everything: alternating English and French vocals, drama, complicated musicianship, a pulsating chorus, and a David Bowie cameo.

No one sounds like these guys. I mean, just listen to the instrumentation at the beginning. Then comes the ridiculously catchy poetry at the beginning. You’ll be singing that opening verse over and over if you’re like me.

They say every indie blog always has some pop hit they throw in there. I swear I’m not doing this on purpose though (and, I wrote this before Pitchfork made it their #1, I promise)! I was disappointed with the new Drake album compared to most, but this track is absolutely infectious. The song has flow, and Drake’s vocals over the R&B groove and synths make this track the best Top 40 song of the year.

“Diamonds” may immediately seem to be regular with its British mid-tempo-ness . But there’s more than meets the ears. The vocal delivery, sang matter of factly and pensively, fits the mood perfect. And the song sails at the end, blending guitars perfectly as the song’s pace races to the finish.

CHVRCHES’ synth pop, in the mold of a female fronted M83, broke out this year. And while the album is brought down by sounding a little too much the same, standouts like the stellar “The Mother We Share” showcase their talents perfectly. The synths swirl and the 80’s are revived, and Lauren Mayberry’s sweet delivery takes it over the top.

How did The Strokes get to this point? Hard to understand, but if you get over it, you’ll find so much to love. “Chances” has Julian Casablancas straining his falsetto before the most affective chorus of his career hits. “I take my chances alone/get on your horse and be gone/I will not wait up for you anymore/so you can ask me if something is wrong” he sings, perfectly encapsulating the feeling of acceptance that some things need to come to an end.

Probably the most surprising inclusion on this list, “Chamakay” struck me by complete surprise. Simply, I’ve never heard anything like it. This is experimental R&B, but it’s infused with an islander vibe to create something absolutely unique. Combined with the perfect male/female vocal pairing and entrancing video, “Chamakay” became one of my favorite tracks of the year.

The beauty of this song is all right up front. There’s the best guitar groove of the year. There’s the simple, plodding beat. Then there’s the vocal kicking in, Alex Turner’s trademark cheeky delivery dropping lines like “So have you got the guts?/Been wondering if your heart's still open and if so I wanna know what time it shuts/Simmer down and pucker up/I'm sorry to interrupt. It's just I'm constantly on the cusp of trying to kiss you” as only he can.