I wish this category didn’t have to exist, but I’m an amateur music reviewer who sometimes misses things. And since the whole point is to show you awesome music, I maintain this category annually to ensure that my follies in 2012 are rectified in 2013 to the maximum extent. 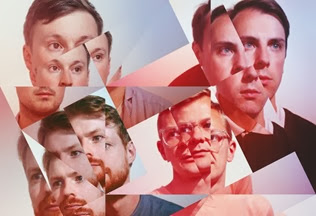 1) Django Django – “Hail Bop”: What is this, space age Beach Boys? Whatever it is, I love love love it, and if I’d found it last year, it would have a top five song.

2) How to Dress Well – “Cold Nites”: I love songs that set a mood, and never has a song captured the mood in its title better than this. Would have been in the top 15 last year.

3) Alt-j – “Fitzpleasure”: Be assured I don’t know what any of the lyrics mean either. But when that first bass kicks in? Wow. Try not to move when this song is turned up loud.

4) Barcelona – “Come Back When You Can”: Was very impressed by these guys when they opened for Andrew McMahon. A little on the sensitive side, but I still love it.

5) Lord Huron – “I Will Be Back One Day”: I blew this one. I knew of Lord Huron, but didn’t give them a chance last year. One of the better indie folk outfits right now, and this is their best track.

6) Sun Airway – “Close” : Atmospheric alt-rock in the mold of The Verve or The Radio Dept

9) A Silent Film – “Anastasia”: Disappointing over-produced album? Yep. But their potential is on full display with the string-laden “Anastasia”, featuring a toe-tapping guitar line.

10) Macklemore & Ryan Lewis ft. Ben Bridwell – “Starting Over”: Macklemore’s debut LP earned rave reviews and smash hits, but this is the one I loved, featuring Bridwell of Band of Horses of course.