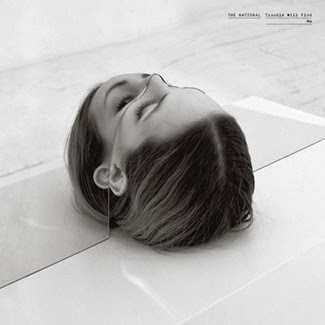 So here we are, the Top Ten. This year I added 866 songs to my collection, and listened to countless more as I cruised the internet all year long looking for the best. The following ten songs represent the cream of that crop.

James Blake unique combination of “post-dubstep” and soul has rivaled maybe only The xx for best night driving music since he first emerged. The opening bit on “Retrograde” promises more of the same, but stick around for “suddenly I’m hit!” and watch Blake let the song explode.

“Comrade” exists as the perfect combination of everything Justin Vernon has ever done. Justin’s trademark sound-based lyrics, the falsetto showcased in Bon Iver, and Vernon’s natural voice collide in a stunning and swarming piece of perfection. This is the song that emerges when you put together the best of Vernon, DeYarmond Edison, Bon Iver, Gayngs, and Volcano Choir into one great song.

Like Foster the People or Walk the Moon before them, The 1975 emerged with this year’s perfect indie pop crossover. “Chocolate” is downright infectious, and makes for the toe-tapping, windows down, summer jam of the year.

Rarely has a first listen made me so happy. After a poor album, one of my favorite and one of the most underappreciated bands in music bursts back onto the scene with resounding piano and that declarative first line: “I was supposed to do great things!!”. The song is a lyrical representation and acknowledgement of everything I was saying after they abandoned their sound on their last album. “If you start from scratch you have to sing,” he belts, “just for the fun of it”. Cold War Kids is back, they’re having fun, and we’re all winners because of it.

I went from not really understanding the Daft Punk craze to having a song in my top five thanks to the addition of Noah Lennox’s Beach Boys-ish namesake Panda Bear. Infusing Panda Bear’s style with Daft Punk’s electronic music was a move of genius that will get stuck in your head for weeks.

It was way too long a wait for the new Local Natives record, but songs like “Heavy Feet” made it worth it. Musically, the song features a sneaky array of guitars and sounds, and a west coast/Northwest vibe. Local Natives maintain their stellar harmonies, but add a pensive vibe.

“Inhaler” caught me at the right time. In the midst of lamenting the preponderance of bedroom experimental electronica sweeping the web, here came an alternative rock song that plain ROCKED. This is Muse before they went bizarre. This is power. This is tension winding up and then exploding with the lyric “and I can’t get enough…..SPACE”. When paired with the prelude on Foals’ outstanding album, “Inhaler” makes for an eight minute rock ‘n roll healing process.

The last time we heard from Phosphorescent, I was giving solid praise to a single track on an okay album. That song, “The Mermaid Parade” placed 44th in 2010. So I’m as surprised as anyone to be smacked in the face with “Song for Zula”, the most painful, bruised song since The Antlers gave the world a whole album of them with Hospice. Borrowing its opening line from Johnny Cash’s “Ring of Fire”, Matthew Houck and Phosphorescent narrate a journey down the darkest side of heartbreak. “See, honey, I saw love. You see, it came to me. It put its face up to my face so I could see. Yeah then I saw love disfigure me…….Into something I am not recognizing……”.

Fun fact: I finally have a female vocal as a five-star song. And boy did Hannah Reid and London Grammar earn it. “Wasting My Young Years”, apart from being an impactful lyrical masterpiece centered up that frightening line between youth and old age, is also a musical tour de force, with swelling synths, soft piano, and a soulful single guitar fronting an outstanding intro. The song alternates between fear (“maybe I’m wasting my young years”) and encouragement (“I wouldn't worry, you have all your life. I've heard it takes some time to get it right.”), while sounding perfect at the same time.

From an Army training in the swamps of Louisiana, back home to Arizona, and across the world to Afghanistan, “Pink Rabbits” has joined me for the whole journey. And like most #1 songs, my relationship with it goes beyond the simple song and starts to develop into personal meaning. So while I’ve seen “Pink Rabbits” appear on some other internet lists and can confidently say that it’s not just me who loves it, to explain why the song grabs #1 is to get personal. Of course, to begin with, the song is outstanding. Full of typical soul-baring self-doubt that we’re used to from The National and played over stellar instrumentation of piano, subtle horns, guitars, and a sweeping bridge, the song is pure ear candy. But to me, there’s more.

“You didn’t see me, I was falling apart.”

Such a simple lyric from Matt Berninger, but such an impactful one to someone whose outer appearance gives off a constant vibe of confidence, masking anything going on underneath it all. This year I sat in the emergency room and watched a close coworker die a sudden death. Soon after, I left my wife for an Army training that challenged me more than I care to admit. I traveled to Afghanistan and mentally processed living in a combat zone. All the while, I keep smiling, because that’s what I do and who I am. But sitting in my bed at night listening to “I couldn't find quiet, I went out in the rain, I was just soakin' my head to unrattle my brain” provided a little bit of comfort. The thing about “Pink Rabbits”, though, is its redemptive quality. Executing a 180 degree turn from typical National gloom, “Pink Rabbits” turns positive: “I'm so surprised you want to dance with me now/I was just getting used to living life without you around”. I’m looking forward to going home and starting over. But throughout 2013’s challenges, along with my friends, my family, and my faith, “Pink Rabbits” was always there too.