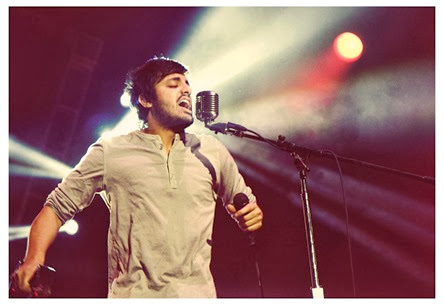 I must say, I’m very hopeful about 2014. Perhaps this hope has been sparked by the news that Nickel Creek’s 9 year hiatus (which I think we all assumed was a retirement) is over, and stoked by news of a new album by The Hold Steady. Old favorites releasing a new album can be exciting. However, it’s often surprises that make a year. I couldn’t have predicted how much I’d love the London Grammar album last year, because at the beginning of the year I’d never heard of London Grammar. But still, there’s some thing so wonderful about an album that you anticipate for months that meets expectations, like last year’s amazing album by The National.

This year has started with a little bit of both. War on Drugs—who are currently one of the most underrated bands in music—released their first single from their new album, and it’s absolutely amazing. And although I have liked a few James Vincent McMorrow songs, I did not anticipate how much I’d love his new album and all the elements he added into his music. Foster the People and Young the Giant, two bands that released stellar debut albums that perfectly balanced alt rock and mainstream, return looking to avoid a sophomore slump, while the always chill and under-the-radar William Fitzsimmons’ first single gives positive vibes about his newest effort.

With that mini semblance of an introduction, I give you the songs I’ve been playing so far in 2014.

Foster the People – “Coming of Age”