Every year I try to watch all the Best Picture nominees. Given my unique arrangement lately—deployment to Afghanistan, lots of transit time, three weeks off—I’ve actually managed to watched every movie mentioned in the major categories BEFORE the Oscars. Which makes me happy. Here’s my take on all the major categories. 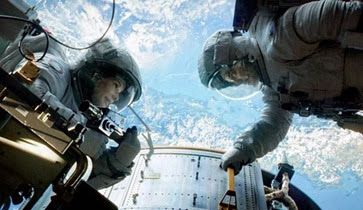 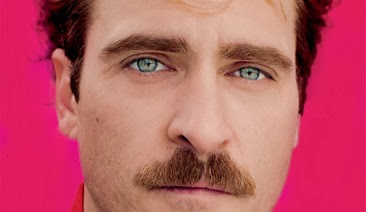 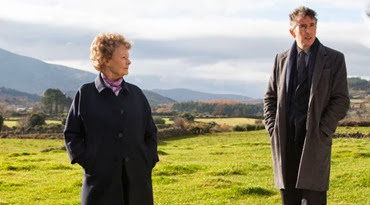 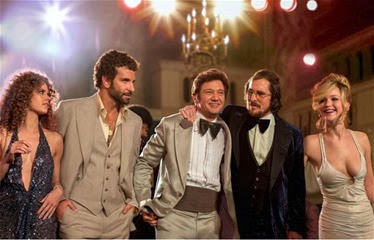 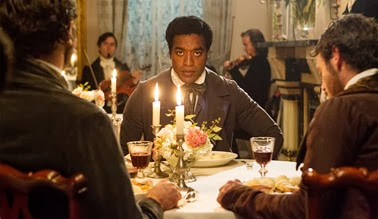 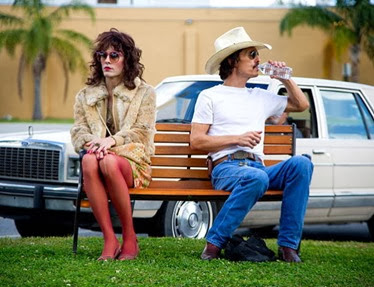 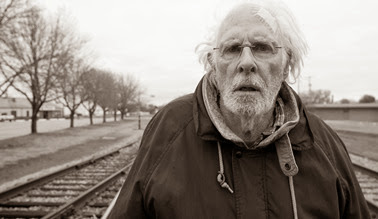 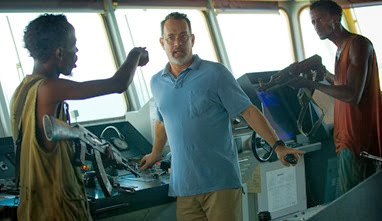 9. The Wolf of Wall Street 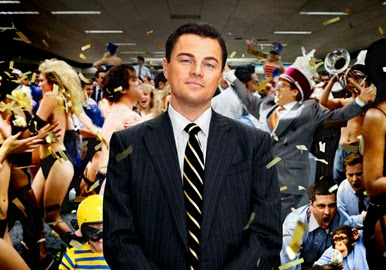 Visually speaking, Gravity might be the best I’ve ever seen. How rare is it to watch a movie and think to yourself, “Wow, I’ve never experienced anything quite like that before”. That’s why it’s my #1. Her is a very close second. The world Spike Jonze created was so incredible and fascinating, and Phoenix’s performance was spot on. Philomena was my biggest surprise, as I found it to be the most impactful of the films in a field that included Dallas Buyers Club and 12 Years a Slave. It was incredibly sentimental without being sappy. American Hustle was probably the most pure fun, and I don’t really have a single problem with it, but it didn’t scream Best Picture to me. Dallas Buyers Club and 12 Years a Slave did a great job dealing with some really heavy material and provided some brilliant performances. Nebraska was a heartfelt and oft-hilarious movie from Alexander Payne—who directed previous year-end favorite of mine The Descendants—but I would call the movie “good” more than “great”. Neither Captain Phillips or The Wolf of Wall Street deserve Best Picture nods, though neither were bad. Captain Phillips had a great final third, but overall was closer to just being a “good drama”, while The Wolf of Wall Street was not much more than pointless fun that dragged on for way too long, albeit very well done, very well acted pointless fun. 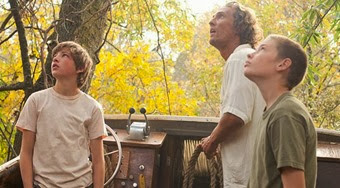 My two favorite movies of the whole year are Mud and Rush, so I’m not calling Gravity the best of the year, just the best of the bunch. Overall the field is solid, but it could have been improved with Mud, Rush, The Spectacular Now, The Way Way Back, Saving Mr. Banks, or The Place Beyond the Pines taking some of the weaker spots. Heck, if you just want a comedy, I was really impressed with The World’s End. 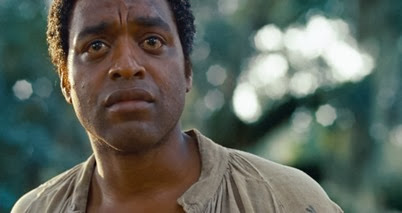 All very good picks. Ejiofor was absolutely mesmerizing in 12 Years a Slave. He knifes your heart just with his facial expressions. McConaughey probably had the best year when you combine this performance with Mud and Wolf of Wall Street. He was my favorite part of Wolf of Wall Street in his limited screen time. Bale was also a loveable disaster in American Hustle. His range is fantastic. If Dern wasn’t actually a near-senile old man, he got me. DiCaprio was a force in Wolf of Wall Street as well, but a step behind a very solid top four. 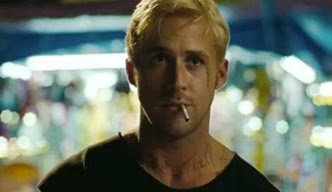 This list is pretty good for leads. McConaughey was fantastic in Mud but the Academy wasn’t going to ignore Dallas Buyers Club, Ryan Gosling was electrifying in Place Beyond the Pines, and Chris Hemsworth was surprisingly fantastic in Rush, but I don’t have massive qualms with the nominees here. 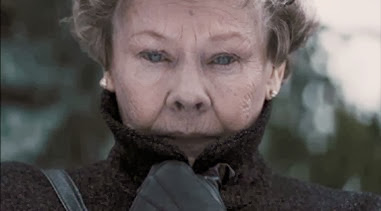 I can’t believe I’m saying this, but Judi Dench is the absolute best here, and don’t think me stupid until you’ve seen Philomena. What she does as a scarred old Irishwoman trying to find her son after 50 years is astounding. Adams would have been my choice before seeing Philomena, because she’s fantastic in American Hustle. Bullock was tasked with commanding the screen practically solo in Gravity and did great. Cate Blanchett and Meryl Streep—in Blue Jasmine and August: Osage County respectively--both played wrecks in movies I’d have been fine with not watching. Blanchett gets the slight nod because her character was a little more complicated than just playing Streep’s bitter character. 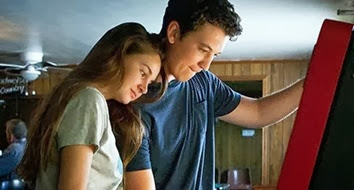 Shailene Woodley should have been nominated for The Descendants, and you could make a case for her for The Spectacular Now. Can’t say there’s a whole lot more to mention, unless we reach for the little Onata Aprile, who played the little girl in What Maisie Knew or Emma Thompson in Saving Mr. Banks. I’d take any of those three over Blanchett or Streep. 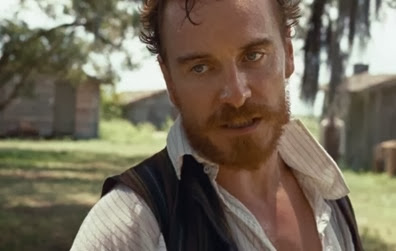 The top four is all pretty close. Hard to really pick. Plus, Leto is a shoo-in to win anyways. Leto was really great, but I was a little more shaken by Fassbender’s crazed performance in 12 Years a Slave. The man can sure play a villain. Jonah Hill gets his second Oscar nomination. I wanted him to win for Moneyball, but he was good here too. Bradley Cooper gives a tough performance. Hard to win playing the pitiful character. Barkhad Abdi shouldn’t be here. Sorry. The Academy must’ve liked his story. Good story, but not nominee worthy. 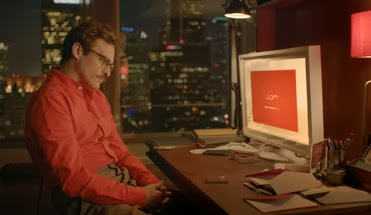 How did Joaquin Phoenix get left off this list when Her managed to get attention for Best Picture. I’d have given him the #1 spot. No kidding. Also, one of my favorite performances of the year was Sam Rockwell in The Way, Way Back, though I understand that one not getting the same attention. 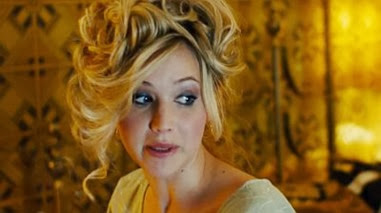 To me Jennifer Lawrence is an easy pick here. She was a firecracker in American Hustle. Not only that, but the field drops off after her. Nyong’o is the only person who comes close here and the only other person who I’d be fine with winning. Squibb was fantastic in her brief time in Nebraska, but her character doesn’t stretch too much beyond comic relief. When I first saw Hawkins on here, I thought, “Really? The sister from Blue Jasmine?”. She only gets the nod over Roberts because not only did I not find Roberts’ role impressive, I found it obnoxious. 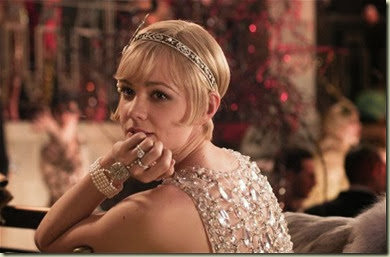 Sure not hard to find people better than Hawkins or Robert, but nothing approaches Lawrence anyhow. How about the loveable Joanna Vanderham from What Maisie Knew. Heck, if the Academy likes women who play emotional wrecks (as they seem to), Julianne Moore was better than Roberts in that movie, and Nicole Kidman was better in The Paperboy. Erin Moriarty showed rising star potential in Kings of Summer and Carey Mulligan played the pathetic Daisy character quite well in the now-forgotten Great Gatsby. All of those are better than Hawkins and Roberts. The category is Lawrence’s though.