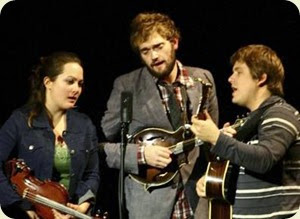 Ever since returning from Afghanistan, I’ve watched the blog sort of die away. And as time continues to go by, it becomes more and more overwhelming to try and catch up on everything. So here, on this pleasant Saturday morning, I’m going to get caught up. Of course, I can’t write a full review on everything I have. But that’s okay. You probably want the snippets anyways. So get comfy folks, here goes a “snippet” review of every album I’ve purchased since the start of the year.

Surprise. Surprise. I have liked some songs from James in the past, but I didn’t see this coming. The album borrows freely from Bon Iver and James Blake, and the Irishman’s take on those styles—most amazing on “Look Out”, “Gold”, and “Cavalier”—is absolutely stunning.

As with every Switchfoot album, there are some really great tracks. “Slipping Away”, “When We Come Alive”, and “Love Alone is the Worth the Fight” highlight a pretty solid first half. Unfortunately the back half is pretty unmemorable, and the album ends up being forgettable.

Young the Giant blew me away with their self-titled debut album, one of my all-time favorites, but their sophomore album is more solid than spectacular. Sameer Gadhia still brings some of the most interesting vocals in alt rock to the plate, and songs like “Mind Over Matter”, “Camera”, and “Anagram” are great.

Broken Bells – “After the Disco”

Expectations can be killer, especially when you subscribe to the idea that everything James Mercer (of Shins fame) touches turns to gold. Broken Bells’ newest effort is pretty good in spots, especially upfront on “Perfect World” and “Leave it Alone”. The album is full of good songs, but overall it will leave you underwhelmed.

Band of Horses – “Acoustic at the Ryman”

More for the diehard BoH fan (me!) than the casual listener, Band of Horses strip down some of their slower songs, change up the arrangements, and present them in the iconic Ryman. They cover some of my all-time favorite: “Funeral”, “Detlef Schrempf”, and “No One’s Gonna Love You”, and possibly improve on “Neighbor”.

Lost in the Trees – “Past Life”

Sometimes they lose me a little bit by sounding a little too similar across the board, but Lost in the Trees have some high highs. “Past Life”, the title and lead track, for example, is absolutely mesmerizing. “Daunting Friend” and “Glass Harp” are right behind.

His formula is no secret. He’s a sad man with a beard playing hushed, emotional songs. When he nails it, though, it can strike you to the core. Moments like Fitzsimmons pondering and singing “and I hope I made you well” on “Well Enough” display him at his strongest.

Wild Beasts are a lot to handle, especially vocally, so I am timid to recommend them. However, they really can nail a song. Check out the eerie video for “Wanderlust” and if you like what you hear check out others like “Palace” and “Sweet Spot”.

Apparently it took till 2014 for Beck to release my favorite album of his. Always a casual fan, I was truly blown away by how much I loved “Morning Phase”, led by Song of the Year contender “Blue Moon” and others like “Waking Light” and “Country Down”.

The War on Drugs – “Lost in the Dream”

As of right now, this is the Album of the Year. And if the year ended today, it would also contain the Song of the Year in “Red Eyes”. The album makes me considering using words like “masterpiece”. It’s a cohesive gem, floating from song to song in one steady stream. The songs are moody, soaring, and often long. “Under the Pressure” and “In Reverse” provide some of the best bookends to an album you’ll ever hear, and it’s truly my year-long goal to get every reader to listen to “Red Eyes”.

Are Foster the People the band that everyone likes? They are high energy and young and seem to basically be making a career off of being what we all wanted MGMT to be. The college kids like it, and if I’m any indication, so do the indie bloggers. And for the second straight album, Foster the People release a summery blend of awesome. “Coming of Age” is an obvious winner, but don’t miss the fast-paced “Best Friend” or the psychedelic “Pseudologia Fantastica”.

Back in 2005 The Hold Steady released one of modern music’s seminal albums in “Separation Sunday”, possibly one of the greatest lyrical achievements ever. A decade later, the band is still kicking, but some of the bite is gone. Even so, Craig Finn is one of the best, and one great tracks like rockers like “Wait a While”, story-based songs like “I Hope This Whole Thing Didn’t Frighten You” and “The Ambassador”, and sweeping closers like “Oaks”, The Hold Steady show that they still have it.

**Note: I’m not being hyperbolic about Separation Sunday. You are doing yourself a disservice if you don’t find the album on spotify, pull up the lyrics online, and spend 43 of the best minutes music can offer. It’s one of the 3 best albums I’ve ever heard.**

I am such an impartial giddy fan of Nickel Creek that reviewing them is nearly pointless. Having to wait a decade to hear the next album was a challenge, and my blog is littered with commentary about my pain over the “hiatus” that spanned my entire marriage. Welcome back, Nickel Creek. I wanted to put “Elsie” on here, as that’s my favorite, but here is a close second.

Alright folks, that’s it. More to come with NEEDTOBREATHE, S. Carey, Broods, and new albums by bands like Coldplay on their way. Sorry for the hiatus. Maybe now I keep the blog cooking again.