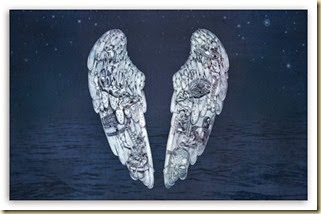 What a career Coldplay has had. Although lampooned by certain sectors, they are now reaching a point of sustained popularity rarely achieved. Even publishers that have spent years negatively judging Coldplay are starting to look back at albums like Viva La Vida—this amateur critic’s favorite—and regard it as something of a classic. Despite their penchant for being mopey and dreamy, they’ve also managed to produce some distinctly different albums. Just look at the range of difference between acoustically-oriented Parachutes and the electro-pop of Mylo Xyloto, both good in their own way.

Now we get Ghost Stories, a post-breakup album for Chris Martin and company, and the expectation is that mopey and dreamy will once again rule the day. And for the most part, yes, this album is a much more restrained affair compared to previous efforts, for better or for worse. For better because mood-wise, the feel is distinct. This is an album that can accompany a lonely night drive. For worse, because catharsis is lacking. If you’re waiting for the album to build-then-burst like so many Coldplay tracks, you won’t find that moment, even when you think it’s coming on closing tracks like “O”, which feels like it builds and builds until it just simply decides to end. This is still a worthy addition to the Coldplay discography, though. The infectious “Magic” and standout “Ink” bolster a strong start before trademark softy “True Love” breaks in. “Midnight” is a curious soft-electro single. It’s another track that feels like it’s about to take off, yet doesn’t completely, opting for the explosion to happen purely electronically. But upon repeated listens, I like the dark, dreamy mood in creates. Finally, there’s “A Sky Full of Stars”, the obvious single and the most Coldplay track here. Martin, in the early stages of propelling another of his classic, cheesy, star-gazing songs announces “Now I don’t care/Go on and tear me apart/I don’t care if you do”. It’s as if Chris Martin is saying “listen, this is me, this is what I do well, people love it, and I’m going to go for it”. And he does, unabashedly. So it’s with full transparency that I admit that the poppiest and most accessible song on this album is also my favorite.

I’m not going to overly laud the album because it breaks basically no new ground. The album feels introverted and shy, which is probably what you’d expect from a post-breakup Chris Martin. It’s a pleasant album, perfectly fine, yet not spectacular. But for the Coldplay fans, I think they’ll like it just fine. When they want the creative, expansive version of Coldplay they—we—can still reach for Viva la Vida, but Ghost Stories will now sit there for the quieter moments, like Parachutes for a new decade.