Spoon – “They Want My Soul” 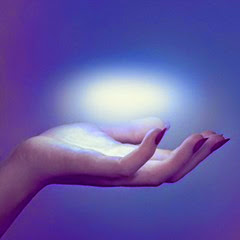 A few years ago, I wrote a 28 page document counting down the Top 100 albums of the decade. At the #1 position was the unbelievable, critically-acclaimed, universally-loved Ga Ga Ga Ga Ga by Spoon, an album that blended alternative rock with an undeniable catchiness that made for what might possibly be the most perfect blend of indie and pop that I’ve ever heard. It’s regarded as sort of a career peak from a band that’s been around longer than you think, churning out consistently great products from the very beginning. If you’re interested in a short tour of their very best, you can try this (2001), this (2002), this (2005), or most definitely this (2007). And how about their biggest hit? (2007)

In some ways, 2010’s followup to Ga Ga Ga Ga Ga, Transference, was doomed from the start. It’s hard enough to follow up, say, my 82nd favorite album of the decade, but how do you followup the best? The effort was admirable, and tracks like “Mystery Zone”, “Who Makes Your Money”, and “Out Go the Lights” still are some of their strongest, but it was no Ga Ga Ga Ga Ga. And now with They Want My Soul, 2014 seems about time for a band that peaked in 2007 to start slowly slipping out of the picture…

Except, no. Wow. They Want My Soul is brilliant. The singles started trickling out a couple months ago. “Rent I Pay” was vintage Spoon: Britt Daniels’ growl rising over toe-tapping percussion and simple-yet-fantastic guitars and subtle details. Then came “Do You”, a summer jam if you ever heard one, peppy and positive, with Daniels asking “do you wanna get understood?”. Finally, the masterstroke: “Inside Out”. We’ve seen Spoon get pensive before (“Anything You Want” and “Black Like Me”, for example), but we’ve never seen Britt Daniel quite like THIS. “Inside Out” is the album’s best track, lush and beautiful on the surface but still distinctly Spoon underneath. When Daniel sings “break out of character for me”, he might as well be singing about the track itself. “Inside Out” leaves it’s mark, and it’s only the second track of the album.

Even with the initial three singles being as excellent as they are, the rest of the album is no less amazing. “Knock Knock Knock” is the album’s most fun track and the most immediately likeable, but take a deeper listen and hear everything else going on. It’s a sound so interesting that in this article on NPR, Spoon says they had trouble later because they couldn’t figure out how they made the sounds in the studio. On the album’s title track “They Want My Soul” Spoon tackles familiar material like soul-suckers, including a throwback to a real-life character and childhood bully Jonathon Fisk, who was the subject of his own song in 2002.

Listen, this isn’t Ga Ga Ga Ga Ga part two, and it shouldn’t be, But I’ll be darned if this isn’t the second best record from a band that has made some absolute doozies. It’s Britt Daniel and Spoon sounding mature, confident, and assured. In 2001, following a disheartening struggle with a major record label, Daniel sang “We go through all the same lines or sell out to appease/But go to sleep in a bed of lies/I made my own more than once or twice”. In 2007, he sang “They told me stop scouting the field/They told me have a look, and commercial appeal/And start getting that hair cut sharp”. Spoon has always been protective of their soul and the integrity of their music. In 2014, it’s Daniel singing with confidence on “Let Me Be Mine” about putting himself out there. Sure, he sings, “Go ahead and take another chunk of me, yeah, just go”, but it’s not the end of it. “Auction off what you love/it will come back sometime”, he sing, showing actual comfort in selling his music, being himself, and seeing how it goes. After years of refusing to be anyone but himself, Daniel sounds as unashamed as ever.

Oh, and let’s just say you don’t care about all the history and analysis and investigation of common themes…The album SOUNDS awesome. Seriously, just listen to “Knock Knock Knock” below.