All of the Albums! 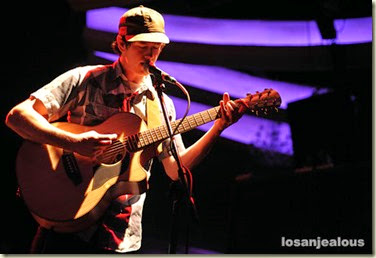 The writing may have slowed, but the listening has not. Life has gotten in the way lately, but that’s what a good recap is for. Apologies to those of you used to the full reviews, as I realize I’ve only written two this year. Please forgive me as I’ve returned from Afghanistan, gotten back to life, left the Air Force, moved from Arizona to Washington, and searched for a new job. Writing has simply taken a backseat. So here is a quick synopsis of every album I’ve bought in recent months that I haven’t given a full review:

NEEDTOBREATHE have still remained quiet in mainstream circles, but they keep churning out great gritty, southern-tinged rock songs led by one of the most interesting voices in music, Bear Rineheart. On their newest effort there is still plenty to love, but a little too many forgettable tracks. “Brother” is the highlight, and “Difference Maker” close behind.

S. Carey, who also functions as the drummer and backup vocalist in the more widely known Bon Iver, churns out more breathy, soft indie. When he is at his best, such as “Fire-Scene” and “Alpen Glow”, S. Carey can soundtrack a rainy day. Overall though, the album’s one-dimensional sound tends to dissolve into the background.

Years ago I had the pleasure of seeing Bear Hands in a super tiny venue in Boise. They still have some of that great energy here. “Party Hats”, “Bad Friend”, and “Giant” all are the kind of guitar-driven jams summer is made of. The album overall is inconsistent on the whole, but Bear Hands sure have good single potential.

The overall rating feels generous, but I’m trying not hold my expectations against them too much. The album is still fine, but The Black Keys can and have done so much better. The album sounds uninspired and likely be ever-forgotten when stacked up against the likes of Brothers and El Camino. “Weight of Love” and “Turn Blue” are reminders that The Black Keys have immense talent even when they aren’t putting out their best.

Surely destined to be one of the year’s best, EONS is the second gem in a row from the excellent Mimicking Birds. EONS is at once minimal and expansive, proof that you can be at once quiet and multi-dimensional. “Acting Your Age” and “Bloodlines” are the very best of the best, but the album is absolutely worth owning.

The Antlers now have three albums, all sounding slightly different, and all amongst my favorites of each respective year. This time around, they rely more on the horn, but utilize it to create a smoky, lounge-y feel reminiscent of a noir film. As always, Peter Silberman stretches his range from hauntingly soft on “Revisited” (“so when they asked me for directions, I sold them our map”) to movingly impassioned on “Parade” (“but I swear I’ll find your light in the middle, where there’s so little late at night, down in the pit of the well”).

Somewhat of the ol’ switcheroo from the most controversial woman in indie, er I mean mainstream pop. Lana follows up her debut album with tracks more reminiscent of indie blogosphere darling “Video Games” than pop hits like the “Summertime Sadness” remix. It drones on at times, but “West Coast” vibes California cool and “Brooklyn Baby” is as good as she’s ever done”. Lana Del Rey has proven tough to peg, but she continues to churn out some great tunes.

As an album it won’t blow anyone away, but count me in the group that is a little pleased at this small surprise from the guitarist for popular band fun. A sonically interesting duo with Grimes? Using the lower register so effectively on “Reckless Love”? Rousers like “WIld Heart” and “Like a River Runs”? Yes, please. You may have heard radio single “I Wanna Get Better”. If you like that one, there’s more here, and if you don’t, be assured it’s one of the worst songs here.

Broods has given us some free previews of a lot of these tracks, and while they don’t add much more on the expanded full album, there is still some true excellence here. “Bridges” is one the year’s best tracks and “Never Gonna Change” is great. Missing from the LP is one of their EP’s strongest tracks, “Coattails”, so don’t miss picking that one up too.

I adore Interpol, their slippage after their first two albums is obvious. But of course it is, since I truly believe Turn On the Bright Lights and Antics are two of the best modern albums ever made. The good news is that El Pintor is also their best work in a full decade. Interpol’s best years may be behind them, but the best tracks on El Pintor, namely “My Desire”, “All the Rage Back Home”, and “My Blue Supreme”, are among the strongest they’ve ever written.

I’m not usually a fan of electronic dance music, and this doesn’t change my opinion overall, but it’s obvious that Dan Snaith of Caribou has some skills. Snaith also occasionally sings, and in 2010 he packed a killer vocal punch in “Jamelia”, my #1 song that year. Three more times on this album, Snaith nails it again. “Back Home” and “Can’t Do Without You” are excellent, and “Silver” reigns supreme as one of the best tracks of 2014.

I am an untrustworthy fanboy of Andrew McMahon all the way back to his early Something Corporate days, so take compliments with a grain of salt. As an album its nothing revolutionary and lyrically it lacks his normal punch, but it’s still tough not to get a tinge of sentimentalism listening to McMahon reminisce on “Cecilia and the Satellite” and “Maps for the Getaway”.

What a surprise pickup. Bringing together the best elements of folk/Americana and combining them with Northwest influence, Marshall McClean provides a bit of alt-country unlike anything else I own. Packed full of religiously-influenced lyrics and steel guitar, songs like “Sons of Thunder” and “Irons in the Fire” aren’t just “good for a little band from Spokane”, they are amongst my favorite tracks of the year.