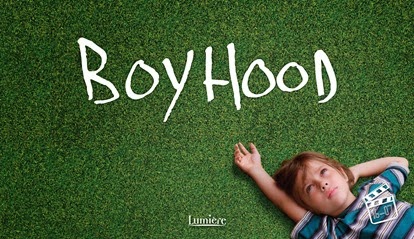 To me there’s a clear top four and a clear bottom four. Other than that, they are difficult to rank. Boyhood is not only amazing and moving, but it is so incredibly unique, and the concept of filming it for 12 years allowed more character connection than I’ve ever felt. The Imitation Game and Theory of Everything are biopics led by some incredible performances. Remayne’s performance might mildly outdo Cumberbatch’s, but the overall story in The Imitation Game is so crisp that time just flies by. Theory of Everything is an emotional rollercoaster, and Eddie Remayne and Felicity Jones own the screen. American Sniper is a difficult watch, but one of the truest depictions of modern war and PTSD that has ever hit the screen. Birdman oscillated between amazing and too pretentious for its own good, ultimately giving us a movie more memorable for its performances from Keaton, Norton, and Stone than for the film itself. Whiplash is a wonderful artistic achievement that involves you heavily in two characters, but ultimately the abusive teacher and the self-absorbed student are hard to root for, even if JK Simmons and Miles Teller play their parts nearly perfectly. The Grand Budapest Hotel was loads of fun, but although I’m a self-professed Wes Anderson fanboy, the movie didn’t scream “Best Picture” to me, and its nomination is probably more of a tip of the cap to Anderson than the film itself. Selma was a good presentation of a historical moment in time, but the movie gives you little to care about character-wise.

Other notes: Interstellar would have placed 4th on this list if it had been nominated. Not sure why it didn’t even get a nomination when Gravity nearly won last year. Other movies that I have higher rated than the bottom four nominees this year include The Boxtrolls (nominated as Best Animated Film), Edge of Tomorrow, X-Men: Days of Future Past, and Chef.

1. Eddie Redmayne (Theory of Everything)

Did Not See: Steve Carrell (Foxcatcher)

This is an incredible group and very good nominations. I mean, Keaton was so strong and I have him way down at #4. Cooper owned the screen as Chris Kyle, and he still falls short of Redmayne and Cumberbatch, who had more difficult roles to play and similarly owned them.

1. Felicity Jones (Theory of Everything)

Odd number of nominations for movies that weren’t very well-reviewed. Not a fair category for me to evaluate, but I will give massive props to Felicity Jones in Theory of Everything, who created one of the more sympathetic and conflicted characters I can remember.

Did Not See: Robert Duvall (The Judge), Mark Ruffalo (Foxcatcher)

I think Shia LeBeouf got snubbed as a Best Supporting Actor for Fury, most likely because he’s out of favor in Hollywood and Fury overall disappointed, but he was riveting in his role. Edward Norton was irritating, but was so excellently and memorably irritating, in Birdman. J.K. Simmons might just win though, and this will be the moment when he stops being just “the dad from Juno”. Ethan Hawke was great, but Boyhood was more about the script and the directing than any singular performance. 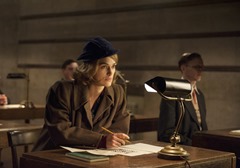 4. Meryl Streep (Into the Woods)

Did Not See: Laura Dern (Wild)

Not a very strong field. Keira Knightley is my easy winner here for what she brought to The Imitation Game. Without her, Cumberbatch’s performance would not have been as good. Arquette was good (and better than Hawke), but the same thing applies here in that Boyhood was not about any individual performance. Emma Stone was little more than a crazed wreck. Don’t understand the nomination unless they ran out of people. And Meryl Streep for Into the Woods? Come on. She was fun, but her nomination is entirely because she’s Meryl Streep, who flat owns other movies but not this one. Heck, she wasn’t even as good as Angelina Jolie in Maleficent. With a field this weak I’d have at least considered Anne Hathaway for Interstellar or even Sienna Miller from American Sniper to fill out the bottom half of the list.

Other notes: I’ll be very disappointed if Boyhood doesn’t win for Best Director or Original Screenplay if it doesn’t win Best Picture. Yes, many were disappointed The Lego Movie didn’t get nominated for Best Animated Film, but did you see The Boxtrolls? Another wonderful animated film from the creators of Coraline and Paranorman. I didn’t see all the nominations, but Birdman had some very interesting Cinematography, as did The Grand Budapest Hotel. Hey, maybe Interstellar can win for Best Visual Effects. Some good nominees for Original Score, including double nomination for Alexandre Desplat (The imitation Game/The Grand Budapest Hotel). Johann Johannsson was noticeably good in The Theory of Everything. To me it’s between Johannsson and Desplat for The Imitation Game. American Sniper might deserve an Adapted Screenplay win for turning a recently written biography where the author dies mid-filming and still creating such an engaging film, but it’s hard category to give fair judgment to without having read the books as well, and that’s a lot to ask! I wonder if Sandra Adair winning Best Film Editing for Boyhood is the biggest shoo-in of all the categories, considering she had to edit 12 years of filming.