Norway Travel Blog #1: Oslo, And in Which I Possibly Commit to Doing a Travel Blog

If there are two constants in my life, one is that the Mariners will always make me sad and the other is that way more people read my travel blogs than read my music blog. Despite my protests, sometimes I just need to give the people what they want and deal with the fact that more people want to watch Holly and I goof off in Norway than listen to the new, excellent Tame Impala album.

So, Norway. Why Norway? It's always been Holly's dream. And since I like pretty pictures, I get the fjords. Also, the average Norwegian woman appears to be a stateside 7, so that's cool I guess. Way to go Norway.

This is the Oslo Grand Hotel. It is a cool hotel with a mighty nice breakfast. While nice, the hotel is also extremely hard to drive to/park at, and only lack of police presence prevented me from receiving the 17 citations I deserved. 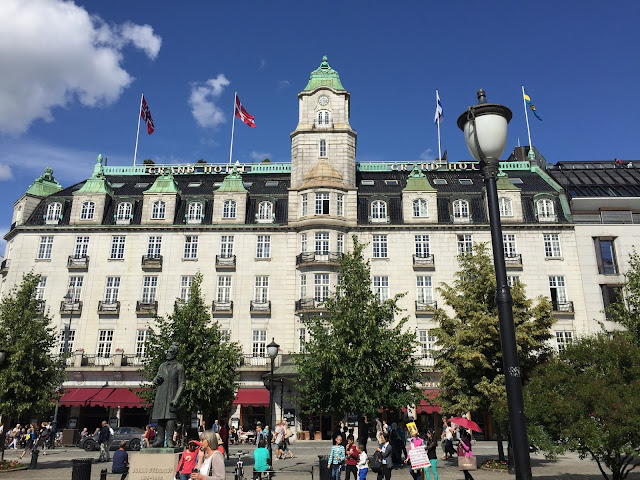 We factored in a jet lag day, which gave us some off-the-itinerary free time to explore the areas within walking distance. This also gave me the chance try a Norwegian beer and us the chance to sample the local seafood, as well as stake out the palace. 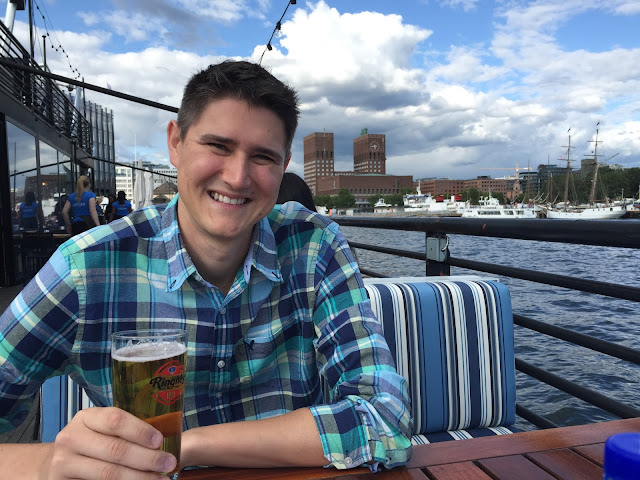 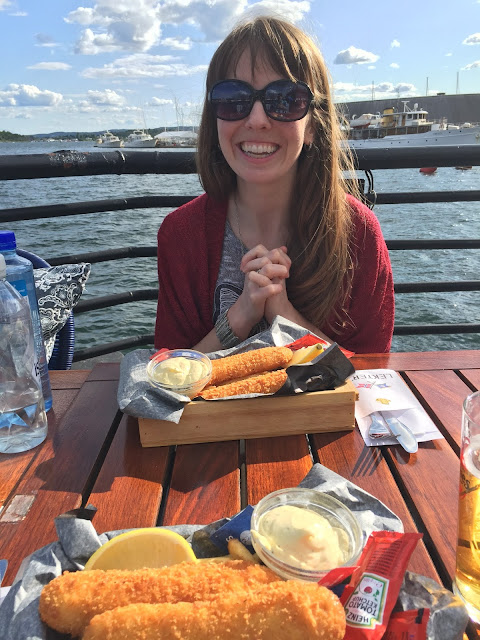 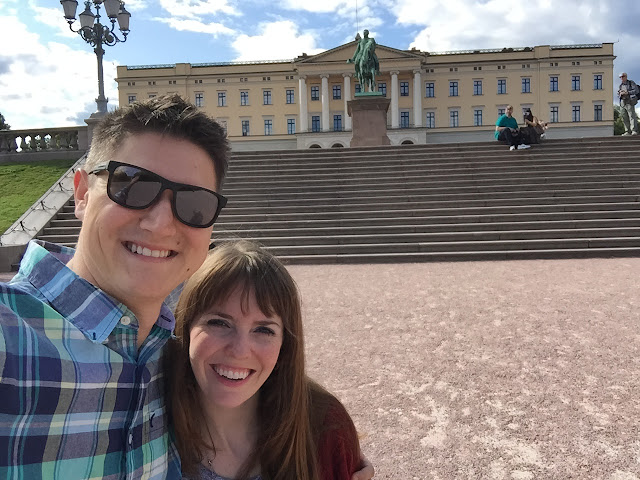 The hotel is located along Karl Johans Gate, the most popular street in the city. It's also car-free. You know who drove on it anyways? Yup, that same guy who just said he deserved 17 tickets... 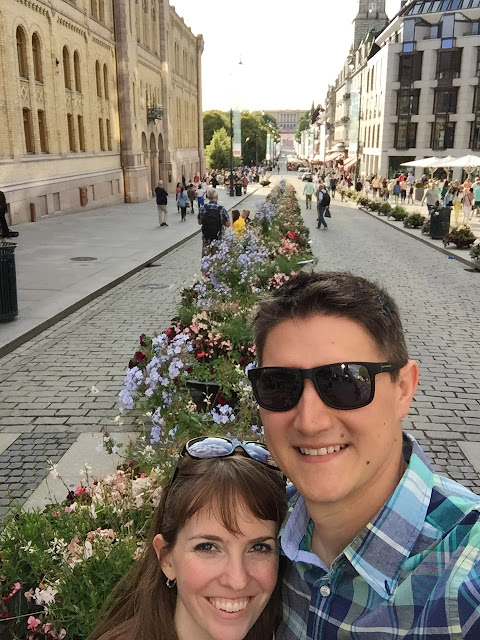 I woke up at 3:30 AM the next morning and decided to take a walk instead of lie in bed in the dark wishing I wasn't all time zone-jacked. The result? Pretty sunrise photos and not one, but TWO propositions from the local prostitutes! 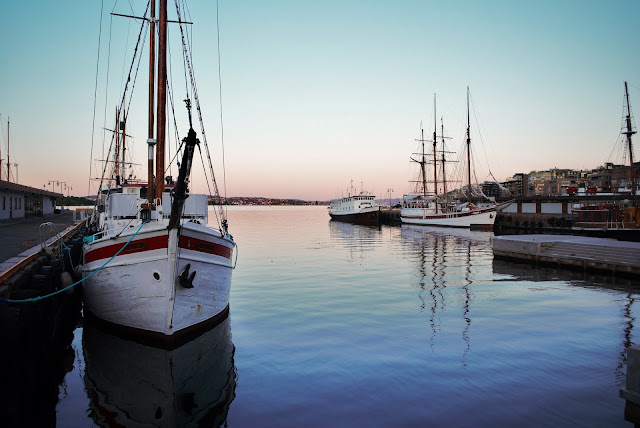 The planned itinerary the next day with a trip to see real Viking ships from the 9th and 10th centuries. In also-important news it represented a logistical success, as I was able to figure out the Oslo metro system without dying! 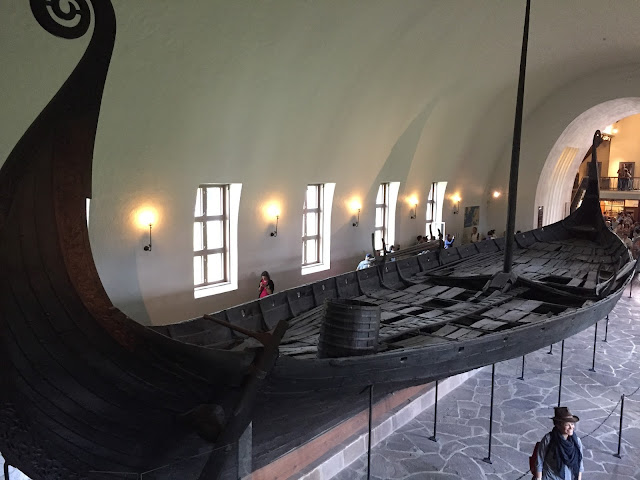 From there we visited Vigeland Sculpture Park, a beautiful park with an abundance of naked statues, some of them touching quite a bit. By the way, the pose below was because we were recreating a picture of Holly's grandparents at the same statue...I would never stand like that naturally. I do look very well-postured though! 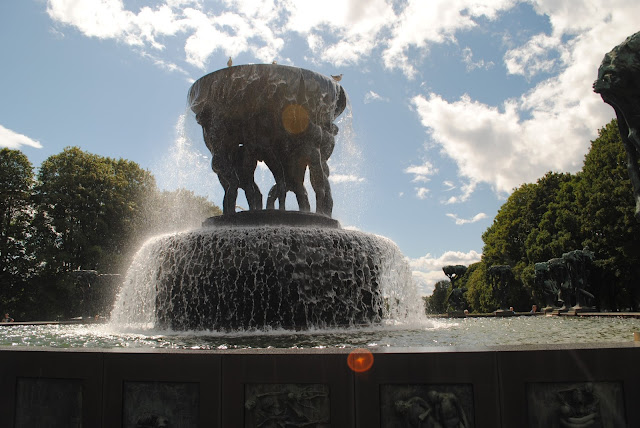 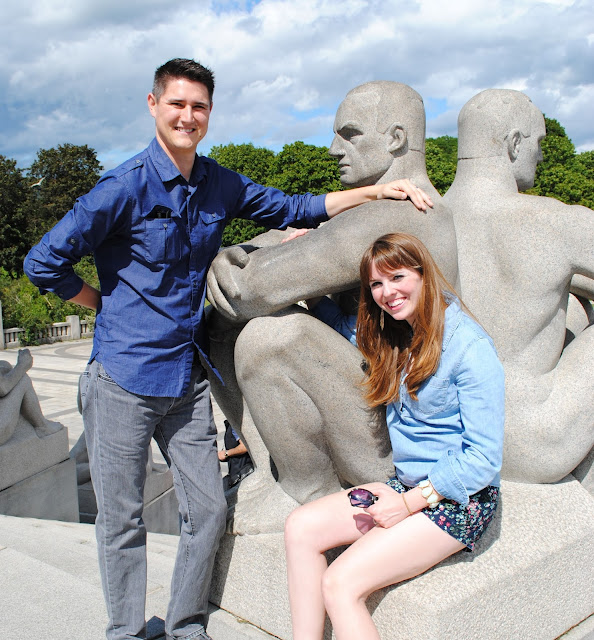 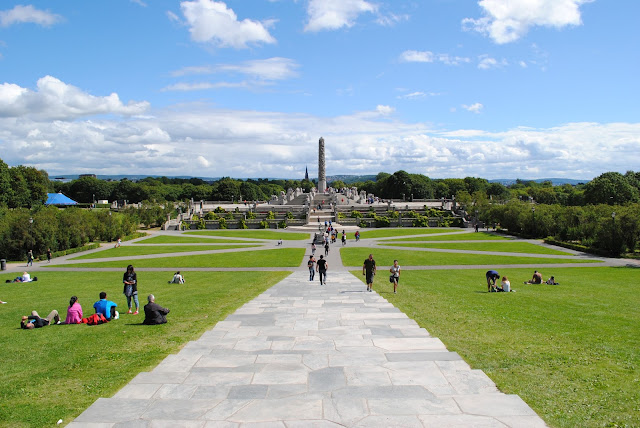 From there we took the metro up to the site of the 1952 Olympics and the giant ski jump. Immediately we saw people zip-lining down it, which piqued Holly's interest. I was more interested in the amazing view and pretending to be a champion ski jumper on the award podium. Holly wanted to fly down the hill. 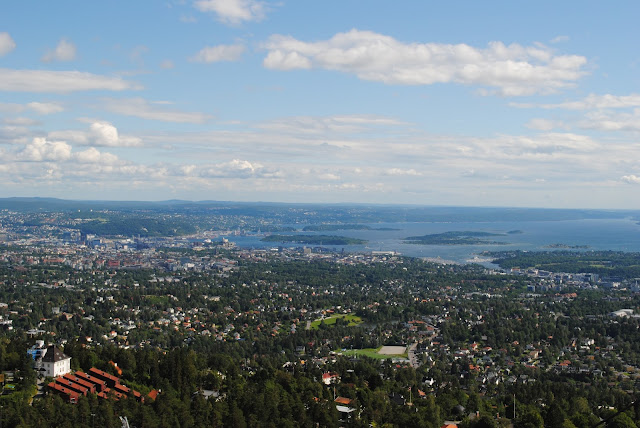 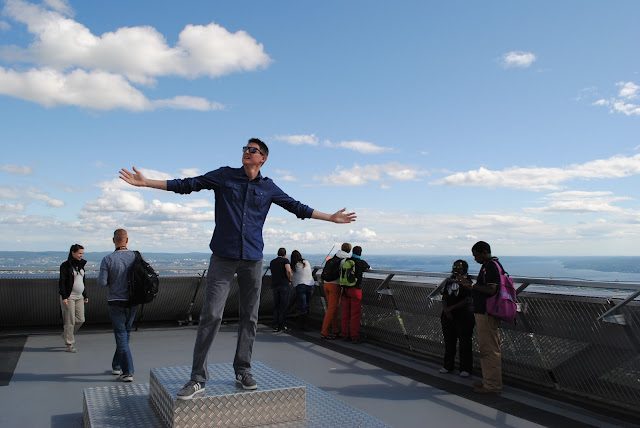 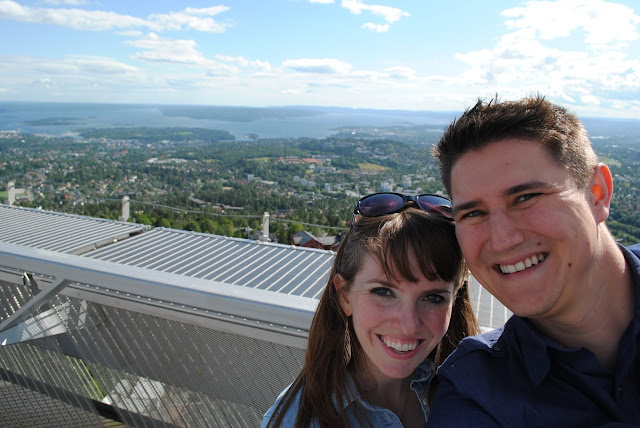 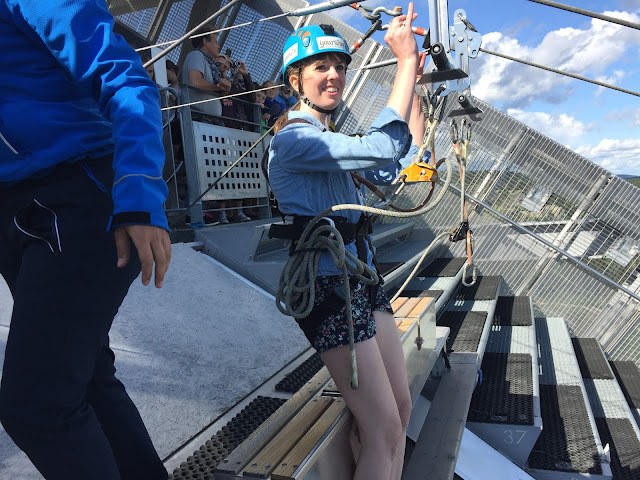 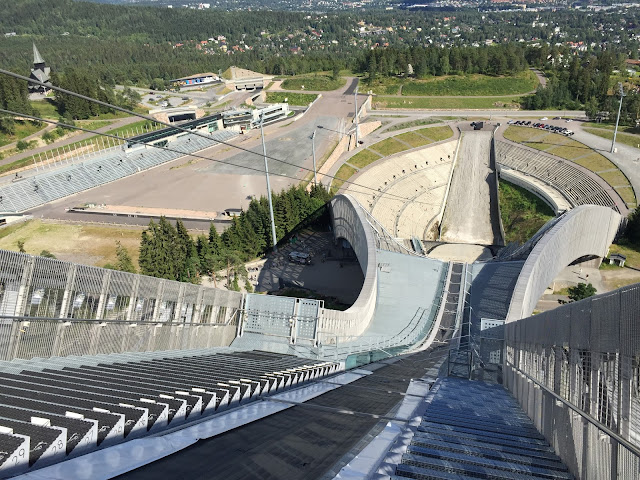 On the way home we decided to check out the local art gallery in hopes of seeing the famous Scream by Munch. We did indeed see it, though they allow photos of basically everything except that painting. Here's us with Picasso and others, plus a bonus picture of an advertisement for the main painting. 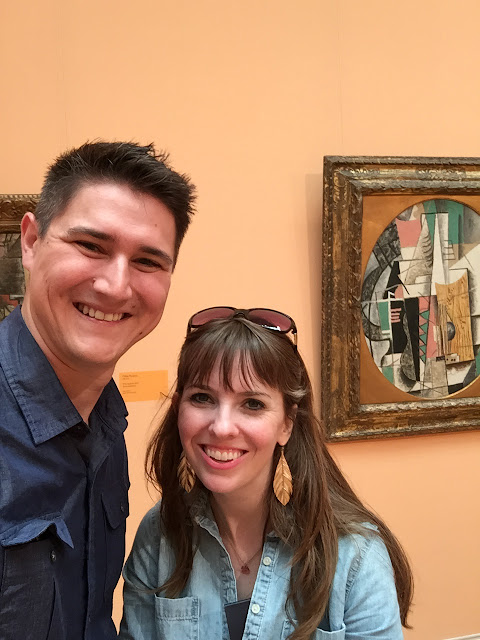 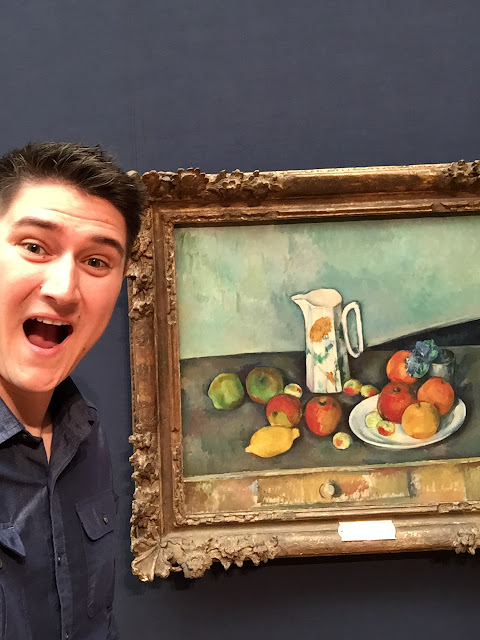 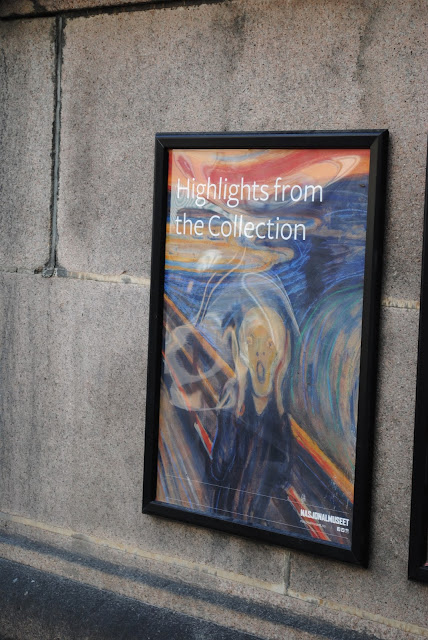 Alright, that's it for now. We are now going to visit the home of someone who apparently is Holly's third cousin! So that should be cool. More pictures to follow, but I thought I should get a blog in while I could. Thanks for the read! (Also, Tame Impala! Go listen to it!)