Hello! Lack of internet has made constructing a travel blog a challenge. These last few days have contained so many memories, but I will take a deep breath and attempt to start piecing them all together. Rest assured, this blog will contain many more pictures like this: 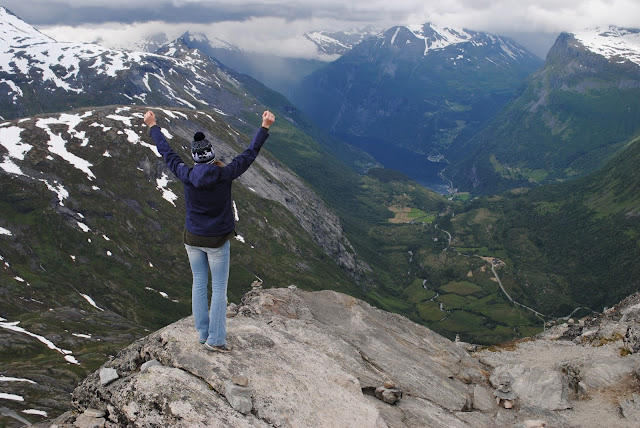 But how did we get here? We begin our journey way back in Oslo right after I posted my last blog. Led by Holly's internet sleuthing/snooping, we headed off to visit Ragnhild, Holly's 4th cousin, for dinner. Now I don't know if you've ever visited your wife's 4th cousin before (I would guess not), but I wasn't sure what to expect taking the metro out to a neighborhood to eat at the house of someone I'd never met. But we had a simply wonderful time. Ragnhild and her husband Gøran made us a Norway summer shrimp feast and fed us food and drink so deep into the evening that we caught the second the last bus back to Oslo! They were so hospitable and very fun to talk to. Who knows how long we'd have been there if there were later buses. 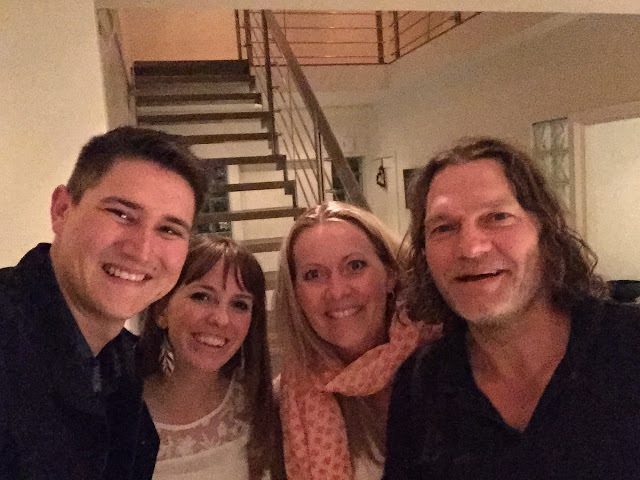 The evening wasn't done yet! When we made it back to Oslo we decided to needed to end our time there with a soft-serve cone ("soft-is") that are so popular here. When we told the guy at the checkout stand we thought this was the treat of Norway, he made us an extra large one, saying "I hear in America you have big burgers and big beers and I will make you a big cone!". 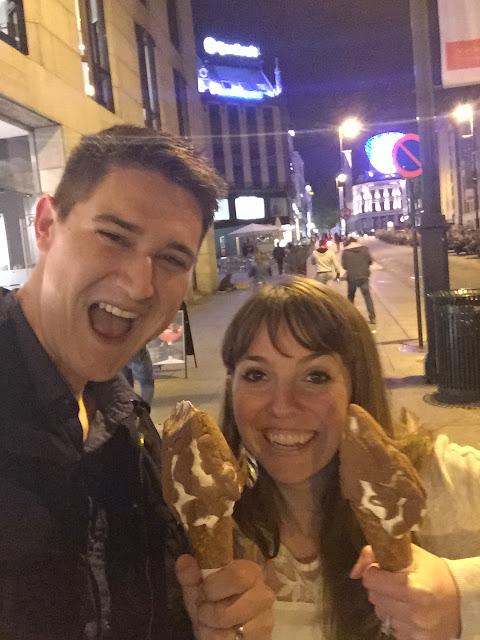 In the morning we began our drive to the fjords, stopping along the way at the 1994 Olympic site of Lillehammer before heading west to Geiranger and the famous Dalsnibba lookout. The area is rugged and wild and amazing to look out, with steep mountains emerging from the water. 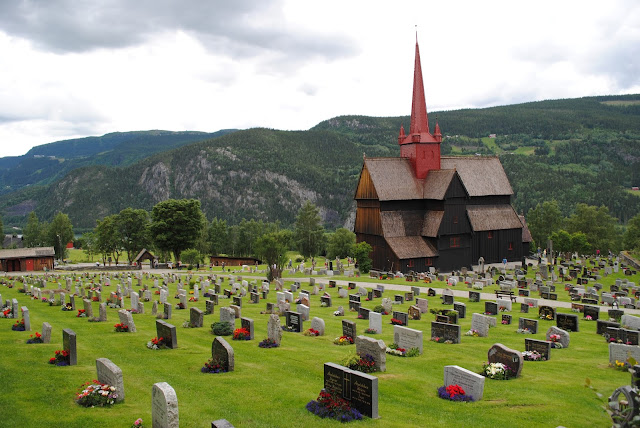 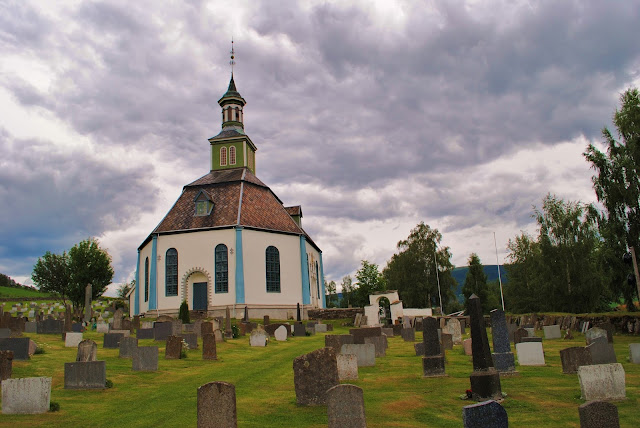 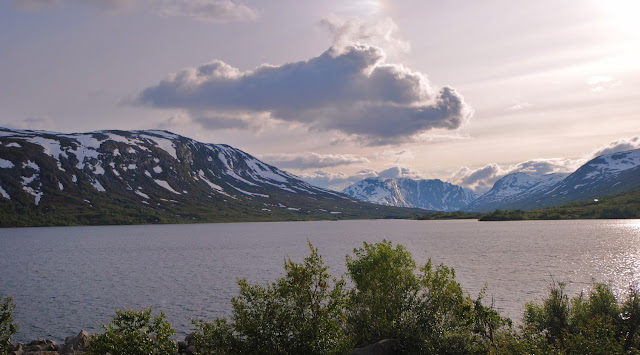 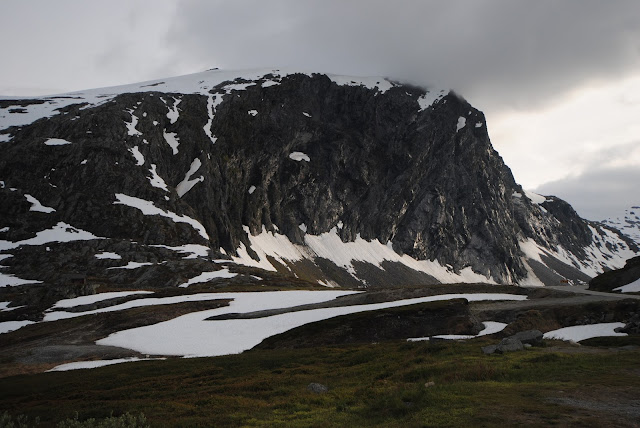 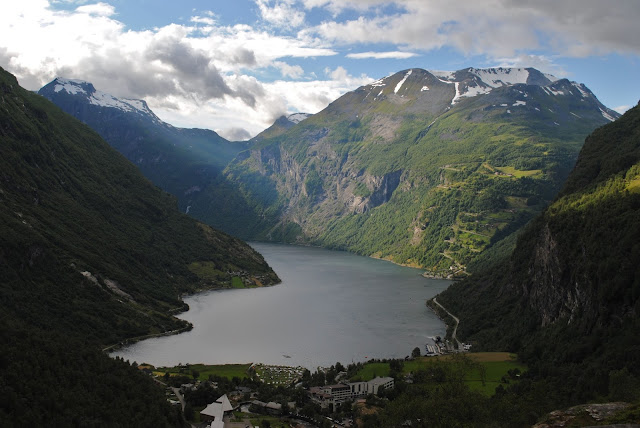 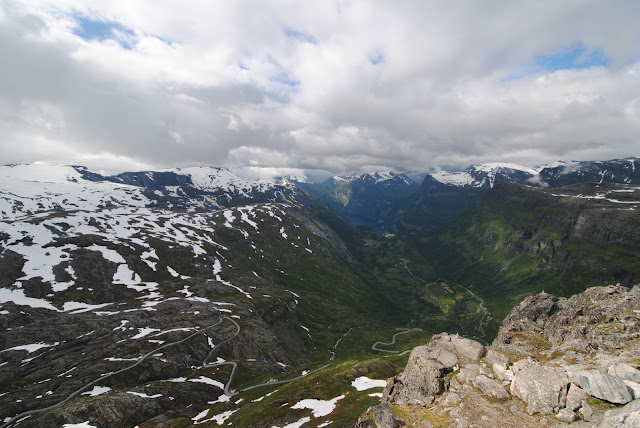 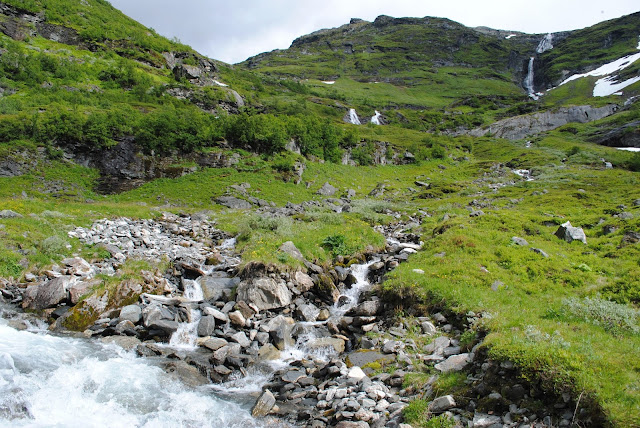 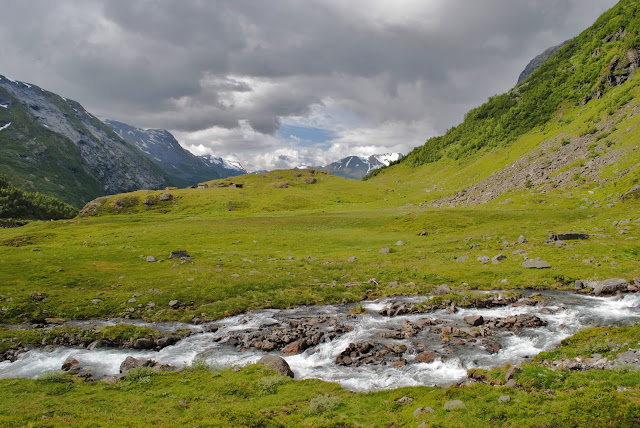 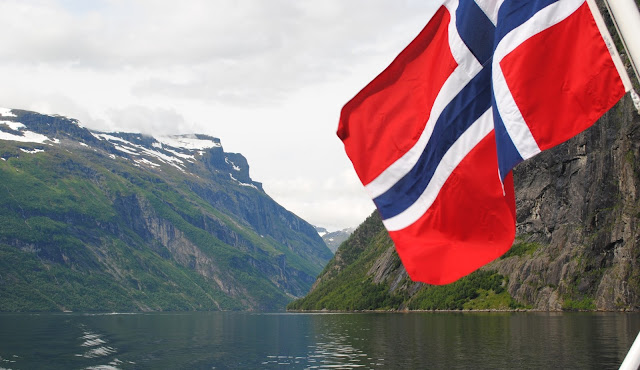 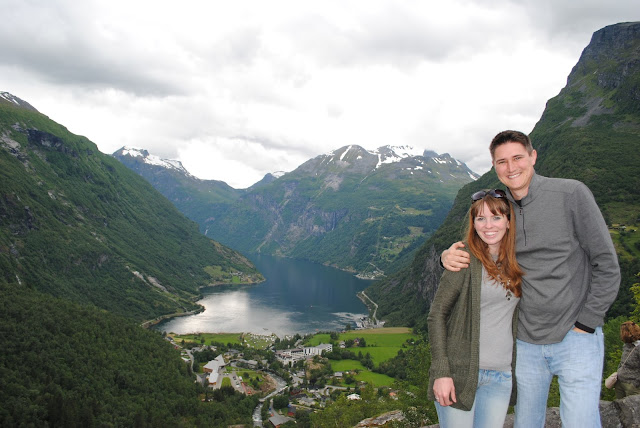 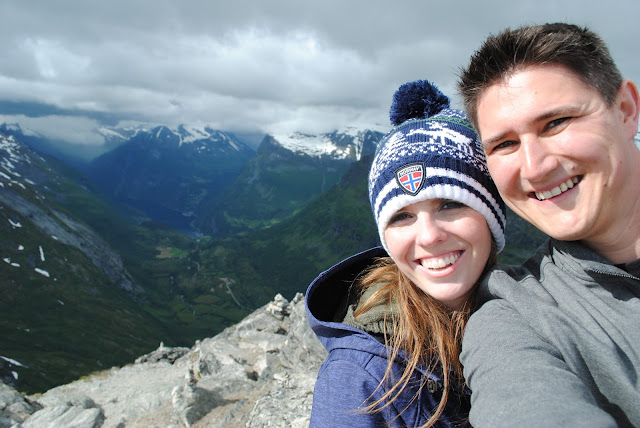 This morning in Geiranger we received a phone call from another of Holly's distant cousins, Knut Willy, was actually hiking in Geiranger that same day. So we met them for breakfast, because, hey, why not?? They were a lot of fun, and it sounds like we're going to meet up with Knut Willy again tomorrow! 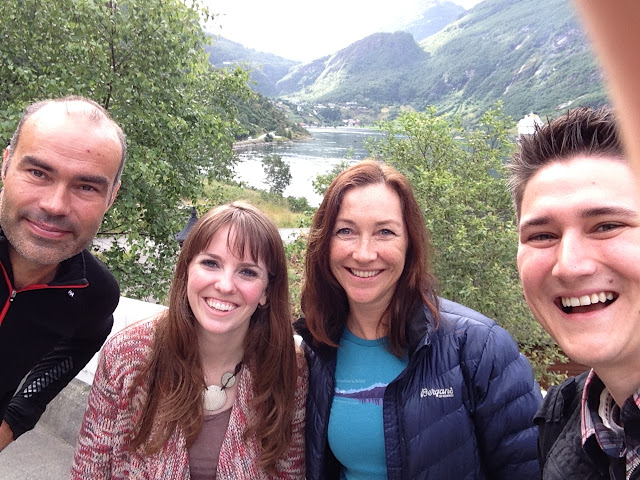 Let's talk about food! Hey look, it's fiskesuppe aka chowder! This is the best thing I've eaten in Norway so far, from the Naustkroa Bistro in Geiranger. 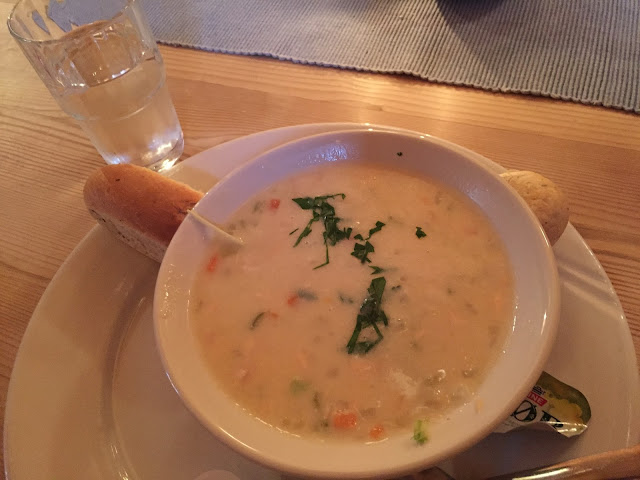 And this is a "Tex Mex" burger...also known as a burger with chips and salsa put on it. 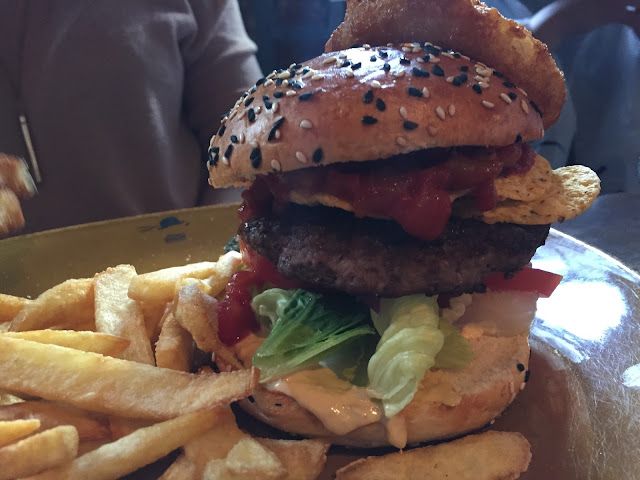 We headed off this morning bound for Alesund, stopping along the way to take the Eidsal ferry and drive along the fjords again. 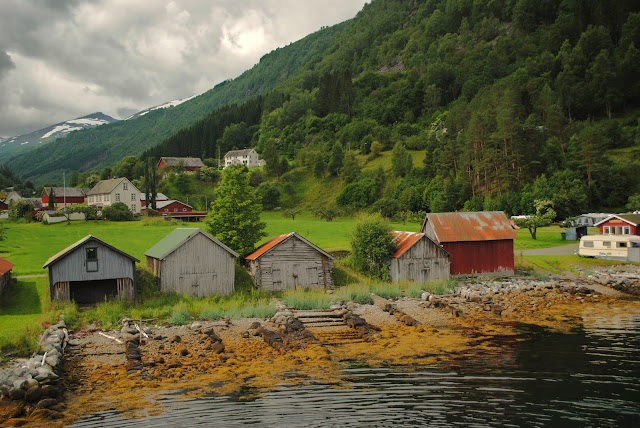 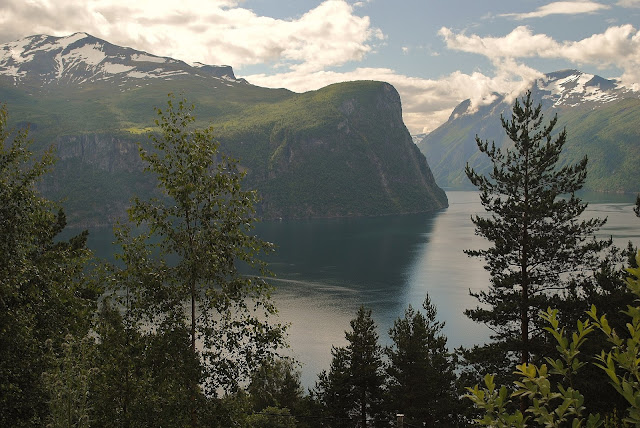 Finally we ended the day by meeting up with a whole lot of Holly's relatives in Alesund. What started as Holly contacting her 3rd cousin Kjell turned into a mini family reunion and a guided tour through Alesund. 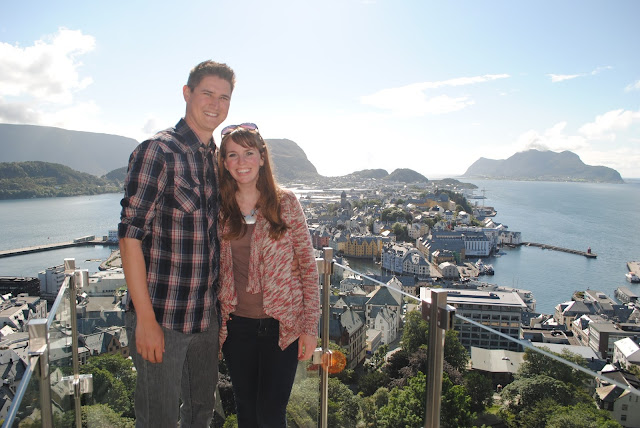 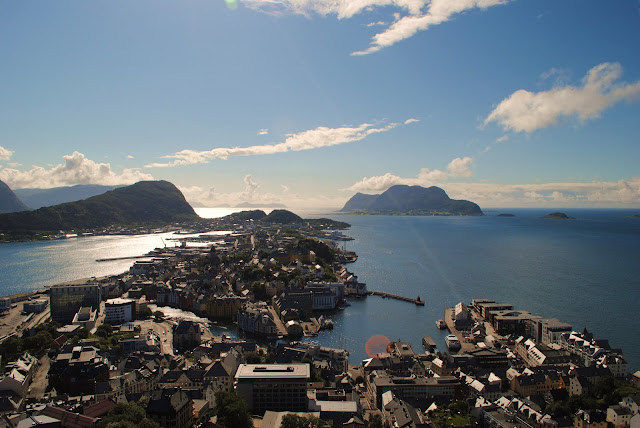 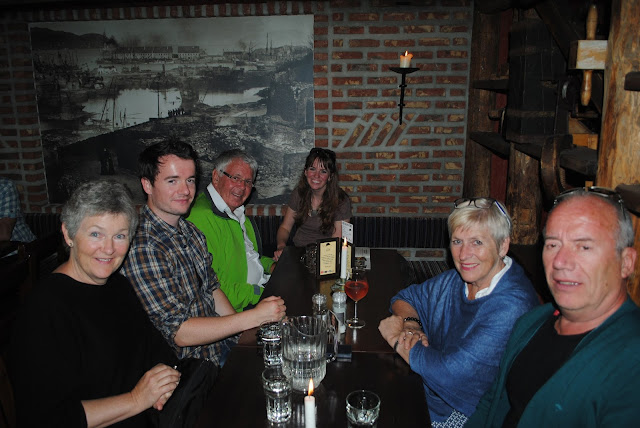 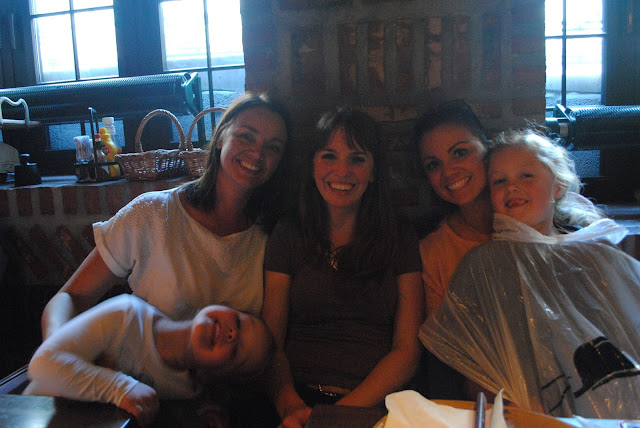 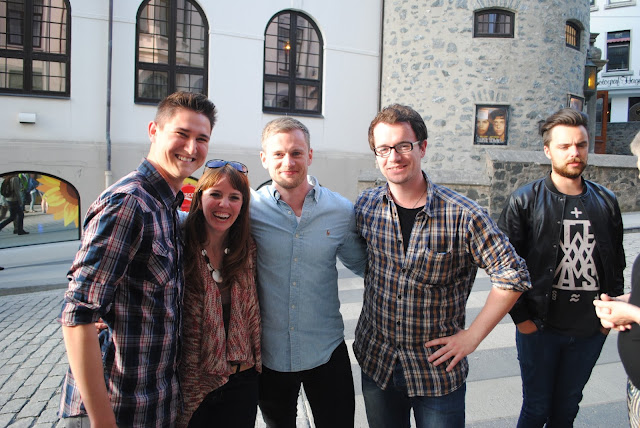 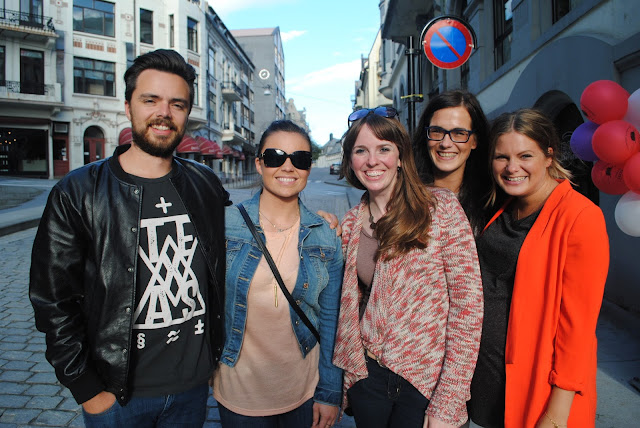 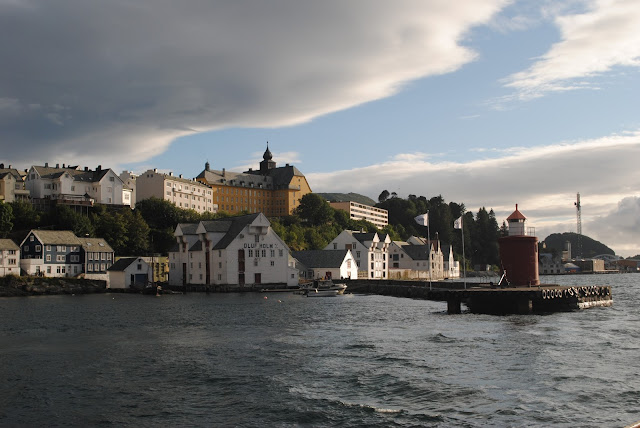 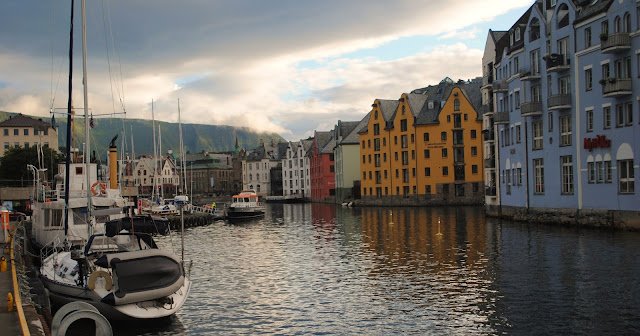 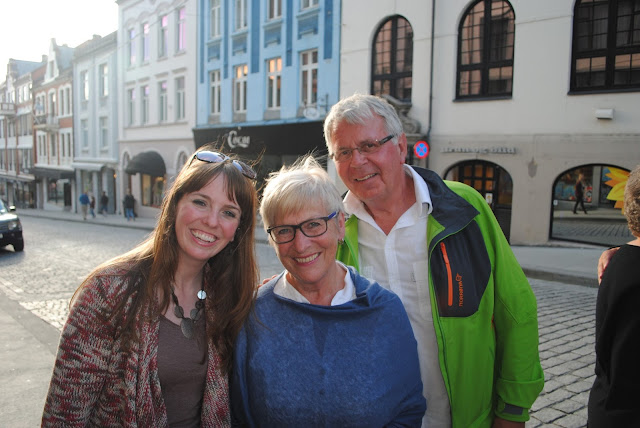 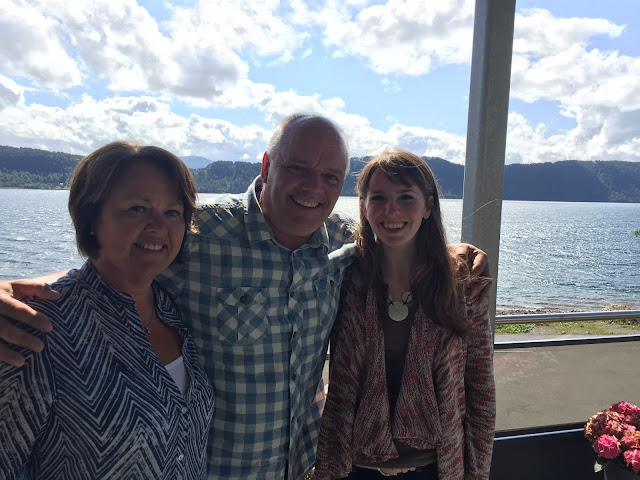 What a couple of days! Who knew Holly sending out a couple of e-mails could turn into all of this. We've met some amazing people and seen some great sights. Off tomorrow to do even more!